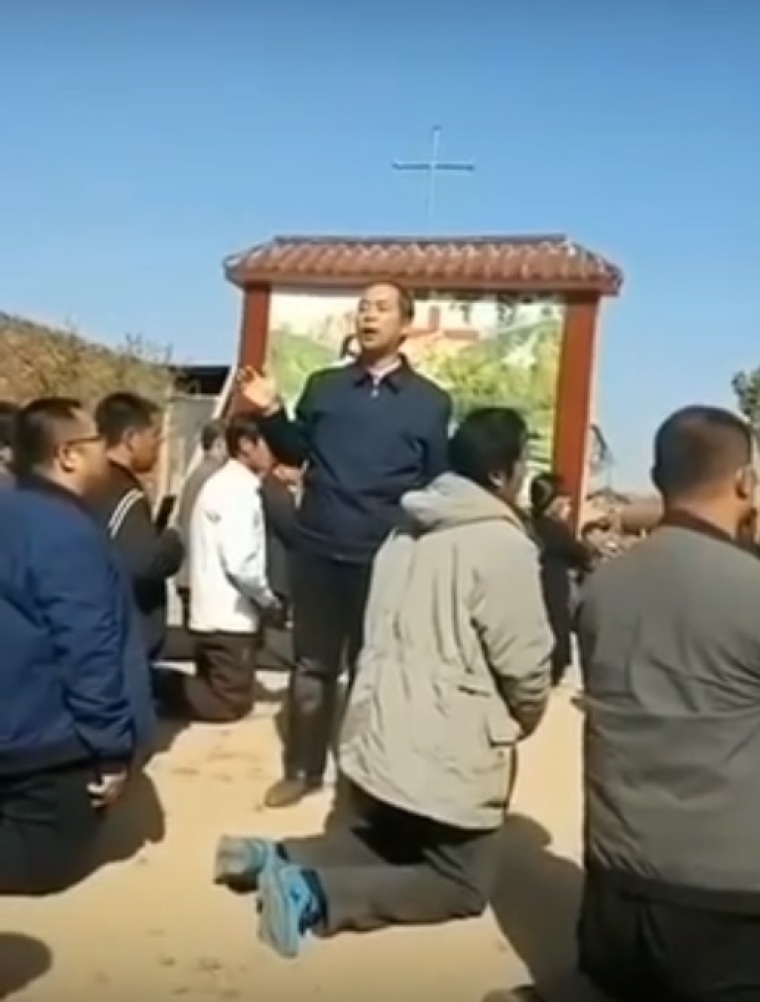 The Chinese government is reportedly offering compensation to a Catholic congregation whose church building was recently demolished by authorities.

Recently, a church in Wu Gao Zhang, which is located in Guantao County, was demolished about a year after it was opened despite intense protests from parishioners and local priests.

However, according to a report from Catholic News Agency, the Chinese government “agreed to provide land and compensation to rebuild the church somewhere else” following hours of talks.

“In an apparent concession to the protestors, government officials have agreed to provide a piece of land for the church to be rebuilt, as well as money to compensate for the destruction of the original building,” reported CNA.

Consecrated and opened in August 2018, the church building was demolished by authorities for the official reason of not having a permit approved by China’s Religious Affairs Department.

Last month, protesters, including multiple priests, occupied the church, praying and demanding that the building not be destroyed by the Communist government.

According to the Catholic website AsiaNews, the demolition of the church in Wu Gao Zhang was part of an overall recent crackdown on Catholic congregations.

In 2018, the Vatican and the Chinese government signed a “Provisional Agreement” in which the Vatican would recognize as legitimate bishops appointed by the regime.

Previously, there existed a split between the state-approved church and an underground Catholic church that was officially recognized by the Vatican.

As a result of the agreement, the details of which remain private, two Chinese Catholic bishops were ordained in August with the blessing of both Pope Francis and the Communist government.

Nevertheless, many Catholics and human rights groups have been critical of the agreement, among them Christian Solidarity Worldwide, a persecution watchdog organization.

"CSW is deeply concerned about the timing of this provisional agreement between the Chinese government and the Vatican," said CSW East Asia Team Leader Benedict Rogers in a statement last year.

"While we understand some of the motivations behind the Vatican's effort toward an agreement, there are significant concerns about the implications for freedom of religion or belief in China."